I was only with him for a year, but I appeared on records

for the next five years. I believe I am not on this record although I did play a lot of

these different tracks but different time. "Black Napkins"was my audition track. I went

on tour with Zappa when I was still with Roxy Music. Frank flew me to Canada, and I

went around with him on tour in Canada after Roxy tour. I used to play in the

dressing room with Frank and Norma Bell, saxophone player. One night I was playing

in the dressing room little bit. I think it was Montreal...no, it was Hamilton, Ontario.

He just said, "I want you to come on the stage tonight", from the dressing room.

I was just like traveling around with him, but he wanted me to play on the stage.

I was completely unprepared and had no idea of what was going on the stage. It was

like 5 minutes before the concert started. So I had to go on the stage with the violin.

He played this "Black Napkins,"which he wrote on this tour, and that was my

"Black Napkins."Then he did something else, and he sent the keyboard player off

the stage, put me on the keyboard, and he did some other songs. I forget what we

I was playing this guy's keyboard, and I didn't even know how it worked. I tried to read

know...old Roland synthesizer, and it had a Hammond organ on it. I was just trying

to read the synthesizer. 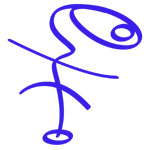 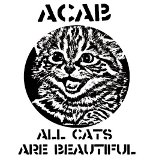